A United attack fare lead to a trip to Bahrain, the UAE, and Kuwait. Definitely not a “normal” place for most Americans to vacation, but who ever said that I was normal? Luckily I have other friends that are into weird trips, so Aaron and I set off on this one…

As this is a TBT post, here are my [mostly unedited] thoughts from the trip over a year and a half later… yeah, yeah, I need to work on that! I’ll add – this was my first more ‘out there’ destination. Previously, I had only traveled to Europe, Central America, and the Caribbean, and I find it interesting to look back on my thought process during this trip. [Any added comments are in brackets.]

On the first day in Dubai we were really bad and didn’t get up until the afternoon [read: slept in until 2pm… those blackout shades were good!]. It was about 3pm by the time we left the hotel. We spent the day walking around the old part of Dubai. We walked through the electronics souq and got these really good smoothie/juice drinks. We then found another souq that had a lot of spices and other odds and ends. I got some saffron for my dad there [the saffron was later used to make saffron buns… an old family recipe, yum!]. After that we took this little boat across the Dubai River and continued walking down the river on the other side. We saw a lot of dinner cruise boats and considered doing that, but after coming back to the hotel and grabbing some snacks in the club lounge at the hotel we weren’t really hungry enough to justify it anymore. The shrimp dumplings were so good! We took the metro for the first time to get back to the hotel [note: we were staying at the Sheraton, and it has great plane spotting from the roof!], and that went pretty smoothly. The facilities here are really nice. 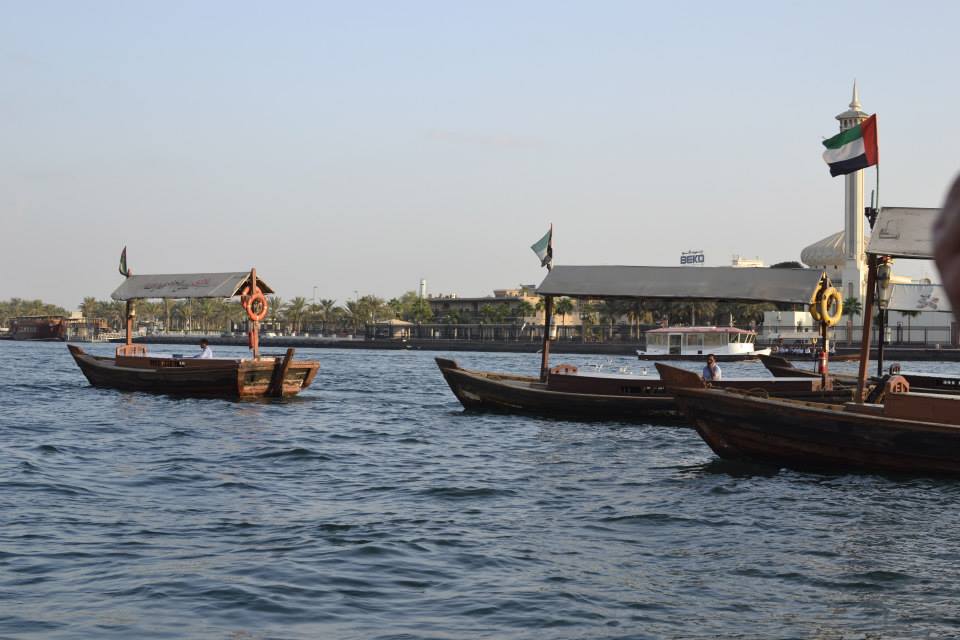 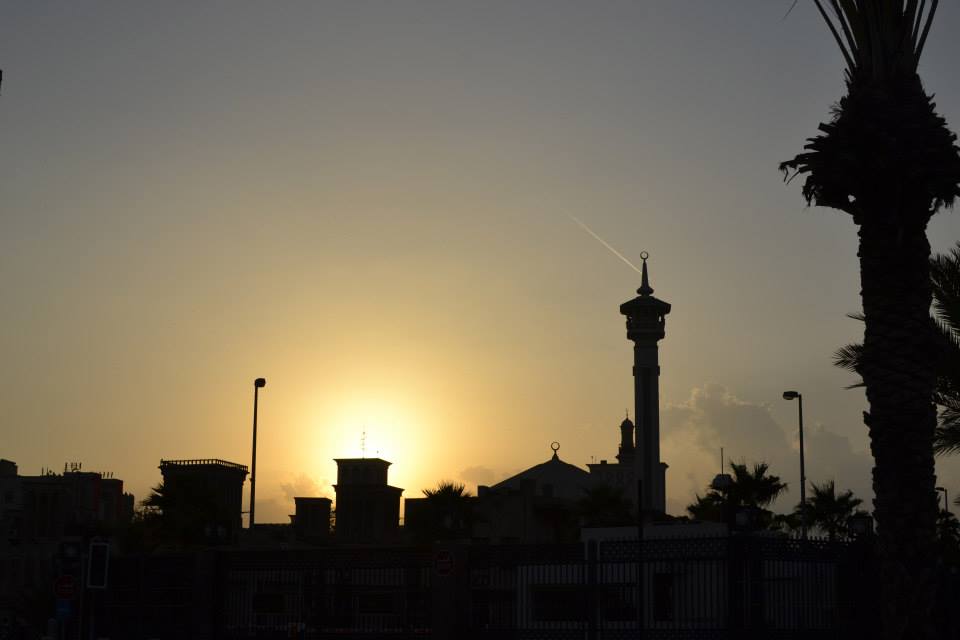 We rested for a while and then went up to the exercise room to run. The treadmills were broken so we elliptical-ed instead. We’re going to bed a little early tonight so we can get up tomorrow and go see downtown Dubai before getting our rental car and heading off to Abu Dhabi!

We took the metro into downtown Dubai all the way to the Dubai Marina. We walked around there for a little bit and then started making our way back. It was kind of funny being on the metro because none of the men would really come anywhere near me, so I had a lot of space even though the metro was crowded. We stopped at the Mall of the Emirates and walked around there for quite a bit, and then came back a few more stops to the Burj Khalifa and the Dubai Mall. The Dubai Mall has a gigantic aquarium inside of it and a ski hill! Insane. We went outside to see the Burj, but we are not going up to the top of it until Friday. After that we headed back to the hotel to pack up our things so we could go get our car from the airport. That was a pretty slow process because we went to the wrong terminal so they had to come pick us up and then they were kind of slow, but anyway… we finally got our car and headed to Abu Dhabi. It was a little hard to find the hotel but we finally got here and we have a really nice suite! We walked around a little outside and had dinner at the hotel, and are now just enjoying our hotel room [did I mention that it was a suite at the brand new St. Regis Abu Dhabi? Even now, a year and a half later, it is in the top five nicest hotels I have stayed in, easy]. 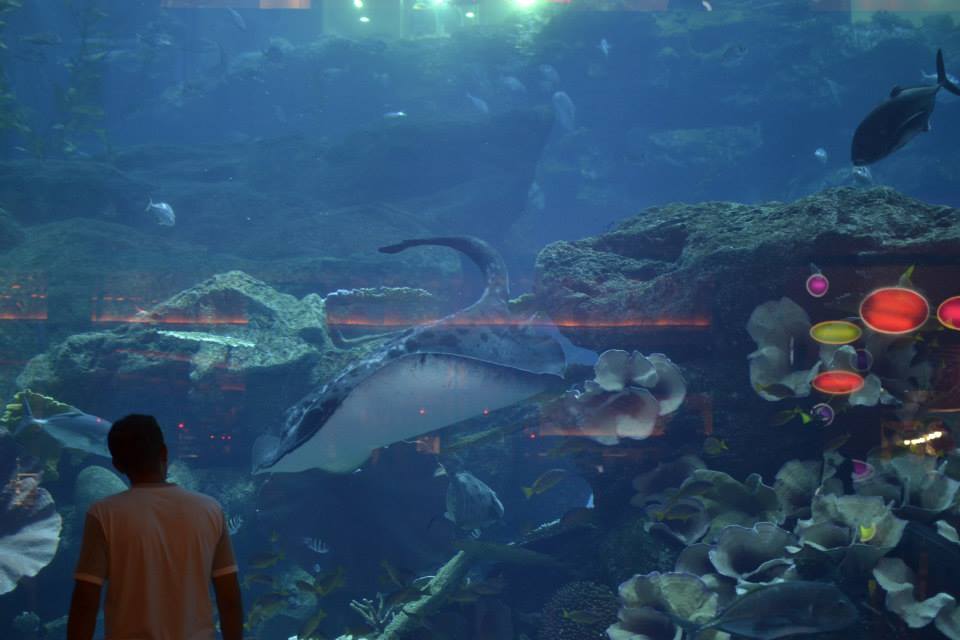 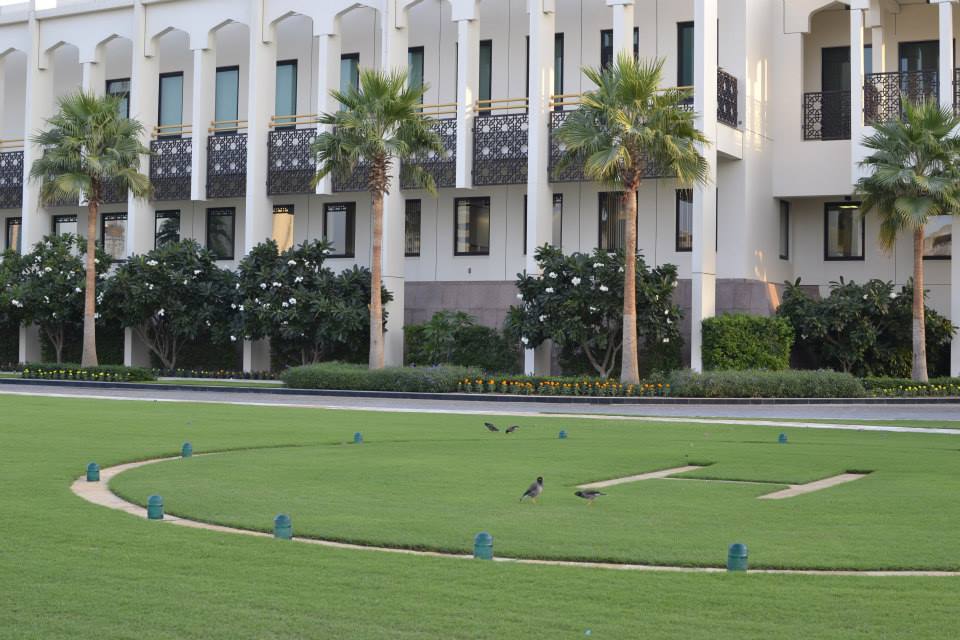 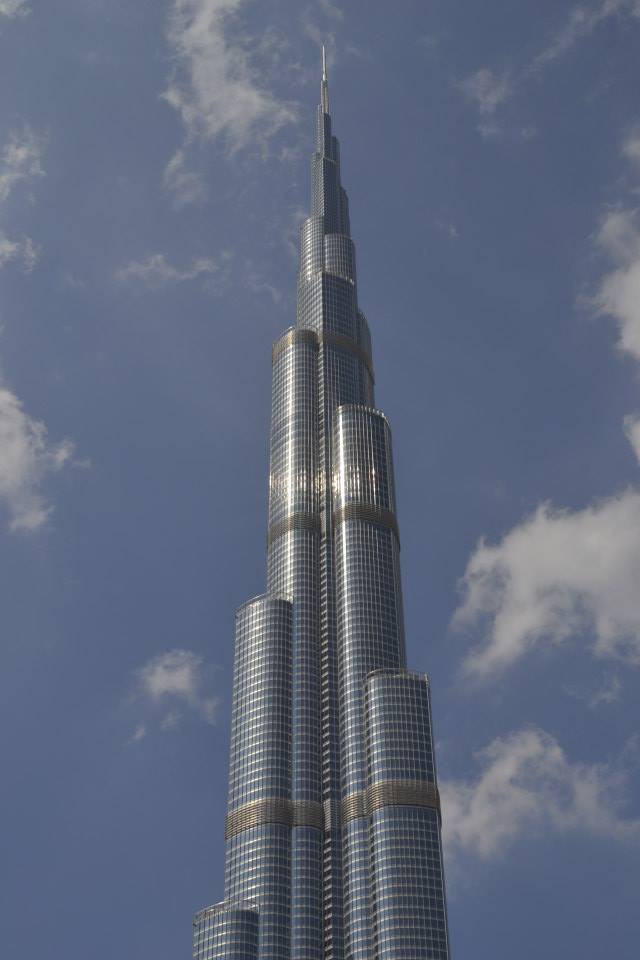