You can’t go to Cambodia without visiting Angkor Wat and some of the other temples in the complex. That would pretty much be wrong. Angkor Wat itself is the largest religious monument in the world, so it’s kind of impressive. I decided it would make sense to start my journey through Cambodia and Vietnam by seeing it, so I flew into Siem Reap.

Since I was traveling alone, I was staying at hostels in order to meet people to do daily activities with from time to time, and the second night I was there I met Tyler. He was also traveling alone at that point in time after coming off teaching in Korea for the past to years! We decided to pick out some temple tours to do for the following couple days. 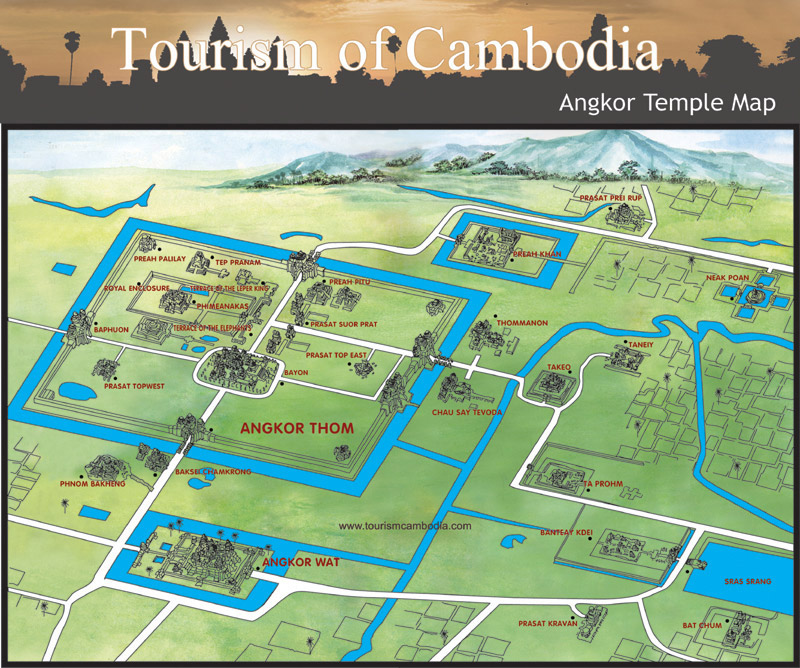 We decided to combine the mini tour and the grand tour into the same day, along with seeing the sunset from a temple that evening. We had elected not to do the sunrise tour because we didn’t want to get up that early, but in retrospect, we probably should have. Anyway, I’ll be going back to Cambodia someday, so I’ll do it then.

We had arranged the tour through our hostel the night before, so our tuk-tuk driver was there waiting for us in the morning. If I remember correctly, it cost about $30 total for a full 12 hours worth of touring! I don’t remember the order of the temples we visited, but here is a list:

It was so so so hot outside that day too. It was probably the hottest day I have ever experienced in my life. Two things to note: 1. There were monkeys all over the place. Some could care less about people, but some were mean unless you give them candy. 2. There might be people in the temples who volunteer to take your photos, you will end up paying them. Not much, but nonetheless.

On the second day we went to visit one more temple, known as the “lady temple,” or more formally as Banteay Srei. We also were able to hike up to a waterfall. Actually, we kind of hiked up twice! We made it to the top and only saw a small trickle, we thought it was kind of silly that they called it a waterfall, but on our way down we saw some people who were soaking wet, so we headed back up to find the real waterfall! It was a shorter day of tours because the lady temple is further away, so there was a lot more time spent riding in the tuk-tuk. I believe it was about 7 hours of touring today for about $35.

We were going to go on a third day of temple tours and had previously decided to go to one temple and the floating villages a bit outside of town, but by this point we were feeling a little templed out, so we changed our mind. 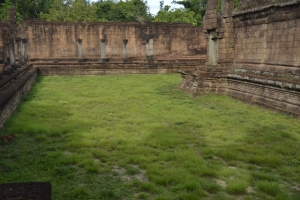