Home/Road Trip to Colorado Takes an Unexpected Turn
Previous Next

I’ll start from the beginning.

As a University of Utah alumna, I enjoy the Utah Utes football team and attend games from time to time. My boyfriend happens to be a University of Colorado graduate, meaning we have watched our alma maters battle it out every Thanksgiving weekend for the last few years. Together, we attended last season’s game at Rice-Eccles Stadium on campus at the U. This year, we decided to visit Boulder, Colo. 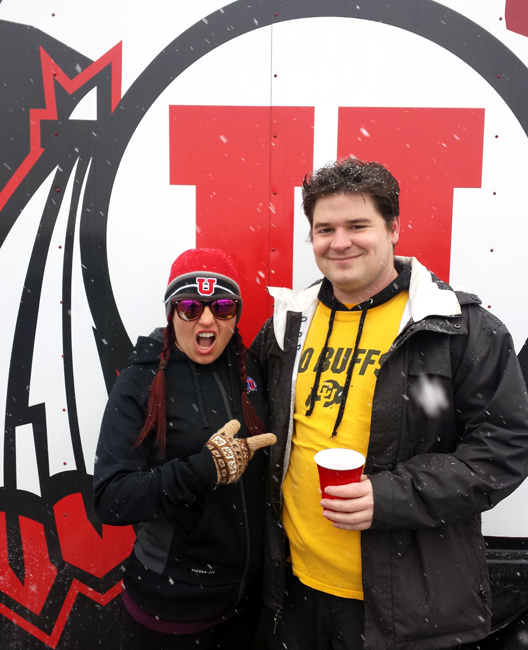 Originally, we had planned on flying from Salt Lake City to Denver, but then several other people expressed interest in traveling to Colorado, so we settled on a road trip. As often happens, all those interested in joining us started dropping out one by one, with the last person changing his mind two days before we were supposed to leave. At that point, it was a little late to book flights or rent a four-wheel-drive vehicle, considering it was right before Thanksgiving Day. We celebrated Thanksgiving in Utah, woke up Friday morning and checked the forecast. Nothing foreshadowed any trouble, so we decided to drive my car to Colorado.

The drive took us eight hours on Interstate-80 through Wyoming. We stayed with my boyfriend’s college friends and planned on driving back Sunday morning. However, just hours before the football game on Saturday, the weather channel issued a winter storm advisory for Utah for the next few days. Uh-oh…

We figured, instead of taking I-80 back and getting stuck in Parley’s Canyon right outside of Park City, Utah, we’d leave early Sunday, drive back on I-70 through Vail Pass in central Colorado before the snow hit and come up along I-15. However, Mother Nature had other plans.

We woke up Sunday morning around 8:30 a.m. as planned, checked the forecast, and Vail Pass, which is at 10,662 feet elevation (3,250 meters), already required snow chains and winter tires! Driving my Suzuki Forenza, equipped with regular all-season tires, was not an option. The problem was that I had to be back at work Monday morning!

I had no choice but to book a same-day flight home. Considering it was the Sunday after Thanksgiving, the affordable revenue flight options were scarce. Booking with frequent-flyer miles on my airlines of choice didn’t look any better. After carefully browsing and weighing my limited options, I booked an evening flight back to Salt Lake City with Frontier Airlines for $148.10. Considering other choices were at least $265 for the hour-and-a-half flight, I was OK with it. 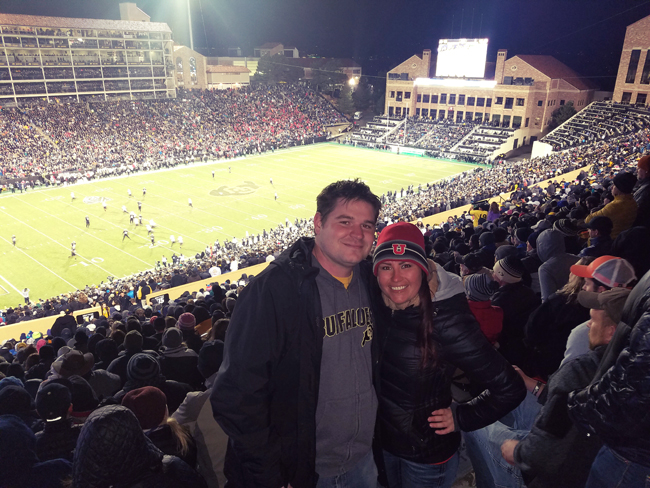 Unless you fly low-cost carriers often, you probably don’t know that they charge extra for everything! Would you like to pick a seat? That’ll be $11 extra. Would you like to check a bag? That’ll be $30. Have a carry-on? That’ll be $35! In what world does a carry-on cost more than a checked bag? I left my duffle bag in Colorado, along with my car and my boyfriend, and flew home with just a purse. My boyfriend returned home three days later after the storm passed. Luckily, he has friends in Boulder and a flexible work schedule.

Everything worked out in this case (other than the fact that the Utes lost), and I spent an extra day in Boulder with good people. However, next time I plan a trip to Colorado, I’m going to fly. And if my friends want to join me, they’re more than welcome to board the flight with me.

Did you ever have to change travel plans at the last minute?