Skellig Michael is a Magical Site!

Home/Skellig Michael is a Magical Site!
Previous Next

Skellig Michael is a Magical Site!

Skellig Michael is a perfect place to find solitude. Up from the bustling ocean is an early Christian monastery a group of monks built and occupied from the 6th century to the 12th century. Although not huge in size, the monastery that is perched on a cliff’s edge is a noteworthy demonstration of faith. The island has been a UNESCO World Heritage Site since 1996. 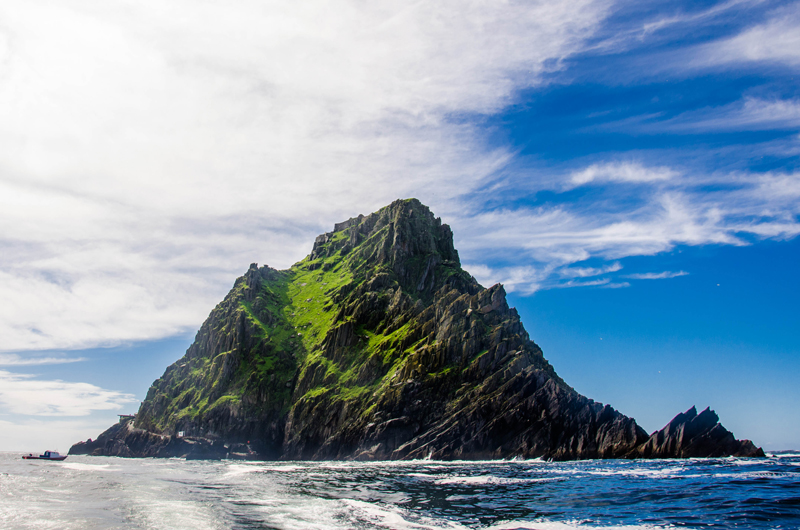 The steep and rocky Skellig Michael is the bigger one of the two islands rising out of the water about 12 km (7 miles) from the mainland. It took us about 50 minutes to reach the islands by a speed boat in the choppy seas on one of the sunniest days that Ireland has seen. My boyfriend and I went with Casey’s Skellig Island Tours, and we booked a landing tour months in advance to reserve the remaining two spots on the boat. Only 12 people were on our tour, not including the captain and his assistant. The trip departed from Portmagee, a small village in County Kerry, Ireland. Not only were the boats booked up at least eight weeks ahead, but also most accommodations in Portmagee had no vacancies. We opted to stay at a charming bed & breakfast in Cahersiveen, a nearby town.

If you have time, I recommend staying in the area for at least a couple of days because the boats cannot go out in bad weather conditions. In fact, our B&B host told us the boats hadn’t gone out for three days in a row right before we arrived (at the end of August). I was nervous when the tour operator called us the morning of the trip to inform us of the tour delay because of the challenging landing conditions on the Skellig, but we departed an hour after the scheduled time without further issues. I consider it a blessing that we were able to visit the island on such a lovely day! 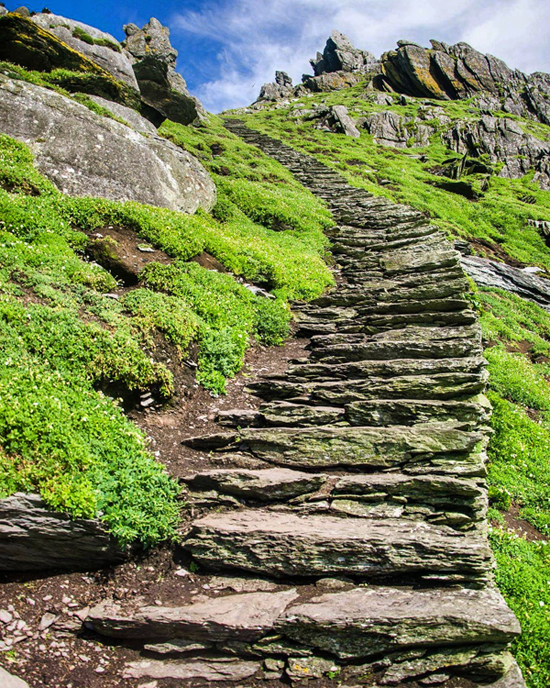 Once we landed on Skellig Michael, we noticed how steep and slippery the 600 steps were! The guides who are stationed on the island recommend exercising extreme caution climbing and descending, especially when the weather is less than ideal. It took us about 30 minutes to reach the top, with photo stops. Unfortunately, we missed the puffin season by about two weeks. The island is home to thousands of the funny-looking birds between April and August. 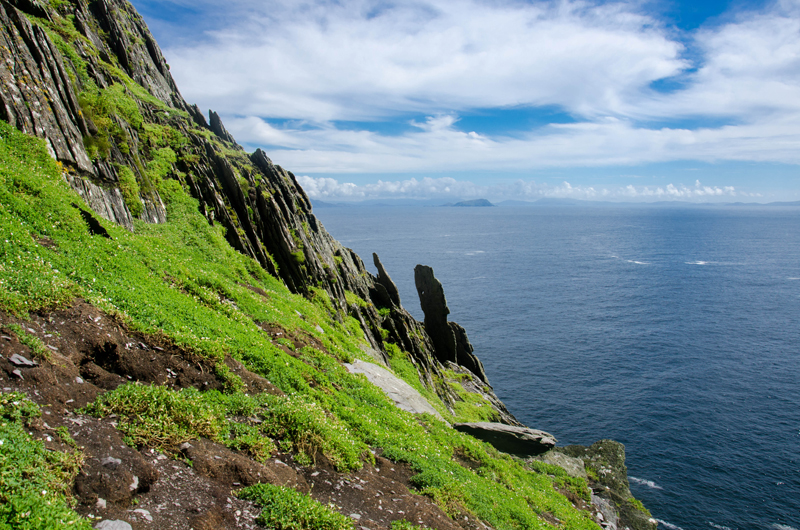 At the monastery, there was another guide who shared information about the history of Skellig Michael. No more than 13 people lived on the island at any given time. They had to travel on rafts to reach the island and drag them onto land because the sea conditions around the island would be too rough and boats would be destroyed overnight. The monks drank rain water, which there is an abundance of in Ireland, and ate puffin meat to survive. 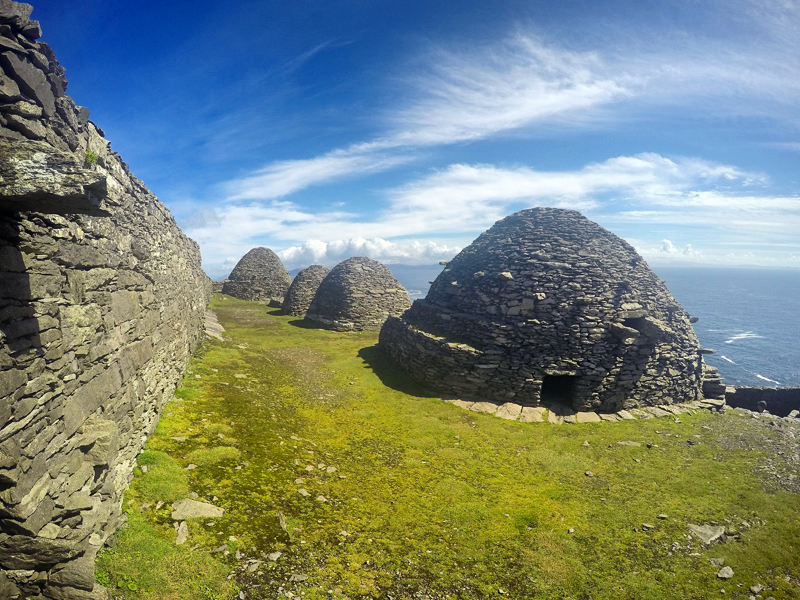 Of course, the site has gained popularity since the release of “Star Wars: The Force Awakens.” The final scene of the movie was filmed on the island, and the beginning of the next movie is rumored to take place there as well. The captain’s assistant told us they were not allowed to operate tours for three days during which the filming took place.

Whether you’re a “Star Wars” fan or simply appreciate the world’s beauty, I recommend including a visit to Skellig Michael during your trip to Ireland. I cannot begin to describe the feeling the island exudes. It is so serene and wild—it is special. No wonder those monks chose to build a secluded monastery there. The place is truly magical! 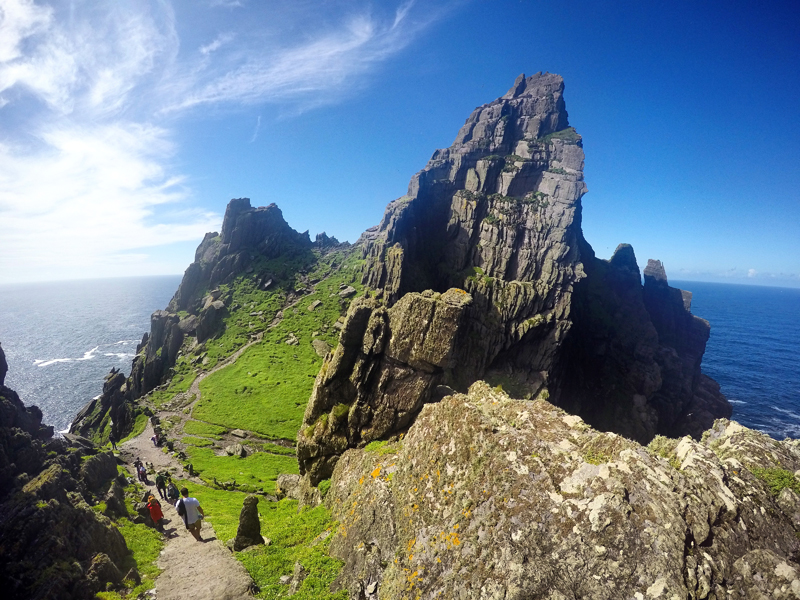