Home/Travel Dilemma: Squat Toilets and a Broken Knee
Previous Next

Disclosure: There are affiliate links in the post. Thanks for any support you choose to give!

This post might be a little bit TMI, but definitely presents an opportunity for creative problem solving as it relates to an upcoming travel dilemma, and it’s a very important skill to have if you want to travel the world.

As some of you might know, I messed up my knee skiing pretty badly just over a month ago and I am about a week and a half away from departing from a trip that I am very excited about… but also a little bit nervous, especially considering my injury.

There are a few different reasons that I’m a bit more nervous for this trip than normal. One of the reasons existed before my injury: Central Asia is an area of the world that is considerably less-traveled than anywhere else I have been so far. Now that my knee is at a less than 100% state, there are a few other reasons that have cropped up, but we’re going to focus on just one of them today.

Travel Dilemma: There are a lot of squat toilets in Central Asia.

For those of you that aren’t familiar with squat toilets: they are exactly what they sound like – a toilet that you need to squat to use. It might sound like a weird thing to do if you haven’t thought about it before, but there’s actually some science behind it. 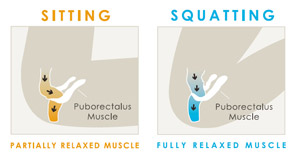 Anyway, to be able to properly use a squat toilet, you kind of need to be able to squat. With the proper technique, you should look something like this: 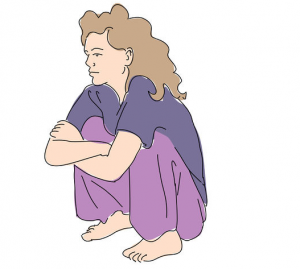 This is where the dilemma lies: my knee currently only bends to about 105 degrees – and that’s without weight on it! It comfortably bends to 90 with weight on it – so regular toilet usage works just fine, but squat toilets are going to present a problem.

To problem solve: I started doing some research. My first google search was “fake penis for girls.” Yeah, that didn’t work out as well as I was hoping it would. The main search results were prosthetic penises for people who were waiting to undergo a gender change or who had elected not to, and most of which weren’t functional anyway. Also — awkward.

After some more tailored google searches, I came across two products that just might be what I was looking for! The GoGirl and the pStyle. 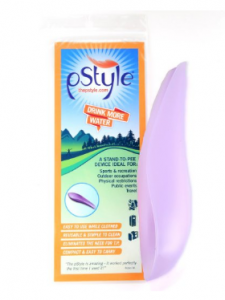 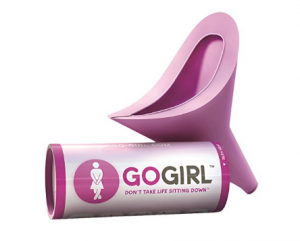 Both devices allow women to stand up and pee without removing their clothing, which can be useful in a variety of situations including cold climate extreme hiking, having issues with frequent urination, wanting to write your name in the snow, or in my case – not being able to squat low enough to properly use a squat toilet.

I decided to order the pStyle. Based on reviews it seemed like a better option to me, though if for some reason it’s not working for me I will order the GoGirl and give it a test before I leave for my trip. I probably won’t do a full write up on how that goes — but if you’re curious, let me know!

Of course, there could be situations where the pStyle actually doesn’t solve the problem, but I haven’t figured out a solution for that one just yet. If you have any ideas, let me know! 😛

What’s been the biggest travel dilemma you have had to find a solution for?