Home/Say Yes While Traveling
Previous Next

Sometimes getting out of your comfort zone it tough. I like to think that most travelers have a pretty open mind; at least that’s true of many of the people that I’ve met. But after trying that new, weird-looking food, spending all day trying not to get scammed in Bangkok, and hanging out with and getting to know new people from the hostel, all of a sudden we can reach a point where we’ve had enough new experiences for the day.

I’ve reached that point many a time. Yet, traveling is about trying new food, meeting new people, and doing other things you generally wouldn’t be able to do when you’re at home. So, I challenge you to say yes while traveling as often as you can.

I had just arrived in Saigon, checking into my hostel, took a shower and went to bed because I was absolutely exhausted. A couple hours later, two of my dorm-mates came back to get ready to go out. They were a bit loud and woke me up. I hadn’t met either one of them before, and I looked like I had just rolled out of bed, but they were both so enthusiastic about me coming to one of the highest up bars in the city that I couldn’t refuse. Later that night, I met one of my best travel friends to date, and I might not have if I had rolled over and gone back to sleep!

You might be leaving the city soon, but when you get offered a float plane ride from someone you started talking to on Tinder and he seems not-creepy, you should go (especially when there is little to go wrong since you’re meeting him at his place of employment and he has work after). 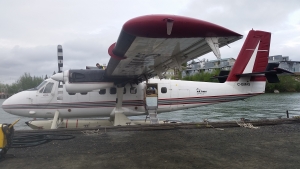 When you’re walking around the Shwedagon Pagoda in Yangon, Myanmar at sunset and two monks, old and young, start walking around with you trying to convince you and your friends to help teach their English class in the morning. Despite the fact that you keep saying “no” and “we’ll think about it” and the fact that you all arrived in Myanmar that day and are jet-lagged, tired and don’t want to commit to getting up at 7 am to make it to the class the next day, you eventually decide to go, and it’s an amazing, rewarding experience that you *nearly* less pass you by. 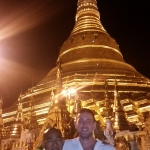 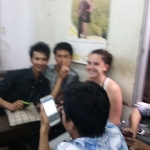 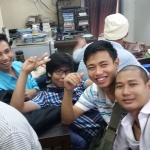 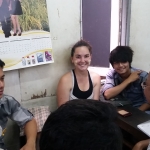 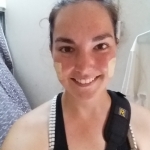 Don’t say ‘yes’ to things because everyone else is, and be sure to follow your instincts, but don’t miss out on great travel experiences because you’ve had too much ‘new’ for the day — I find that my capacity to try new things just increases the more that I try, and I think you will too.