Well, this week has been full of driving around the Irish Coast and Countryside. We left Dublin at the beginning of the week, and so far have spent two nights in Belfast, two nights in Sligo, and two nights in Galway… basically making our way counter-clockwise around the country. Overall, we have driven somewhere around 900 kilometers (~560 miles). Surprisingly, our car rental in Ireland was very hassle-free (more on that in a later post), and since I’m the only one in our trio who can drive manual, and we didn’t want to pay the surcharge to have an automatic car, I have gotten plenty of practice driving on the left hand side of the road, it’s not as bad as you might think — I have once before in Australia 2 years ago, and it’s basically like riding a bike 🙂

This past week, my favorite couple things we did all involved being outside, which, luckily for us, the weather cooperated quite well on those outdoor days! We were able to see the Giant’s Causeway, hike to and climb some sea-side cliffs, and climb Benbulben in three consecutive days. All three were fantastic, and definitely exhausting. More detailed posts on at least two of the three (and probably all three) mentioned above will be coming in the next few weeks… stay tuned! Check out some of my photos from the adventures… 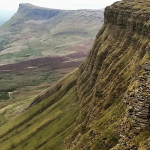 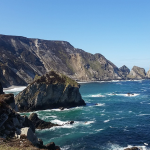 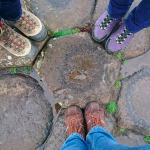 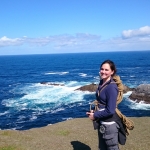 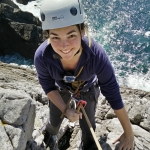 We’ve seen and done some great things so far on this trip and I’m excited that I still have another 4 nights here! We’ll be headed down south to Cork for two nights and the last two nights are still unbooked! Likely the last night will be spent near the airport since we depart in the morning, but it definitely gives us a bit of freedom as for what to do! Let me know if you have any must-see Ireland locations.