Today was a bit later of a start than normal; I didn’t leave the hostel until about 10:15. Angus and I went into the city together and headed up to the castle district… which is kind of a funny name for the area because there isn’t actually a castle there. We went into the cathedral there, and then just spent the rest of the morning wandering around the city. We had sausages in the main square for lunch, I was surprised at how good they were, because it felt to me like it was fast food. We were both tired and hot so we headed back to the hotel kind of early. I think we got back around 2:30. I went back to my room and Brea was there. We decided that it would be a good time for a swim, so we went down to the pool that was in the basement of the hostel. It was seriously one of the coolest looking pools I have ever seen. For dinner Brea and I went to the restaurant at the hostel, I had goulash and then we hung out around the bar for the rest of the evening chatting and having drinks. Nothing too eventful to report! 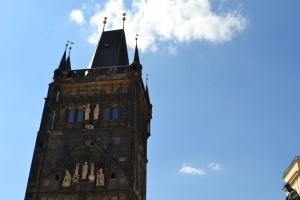 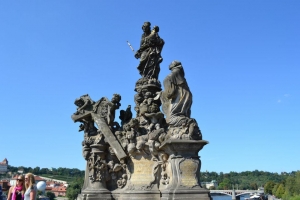 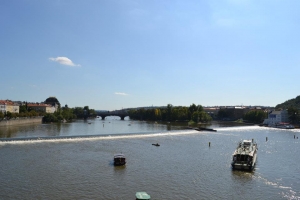 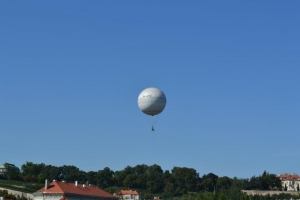 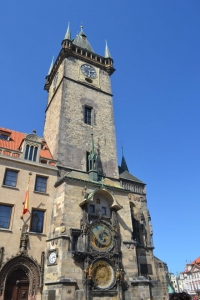 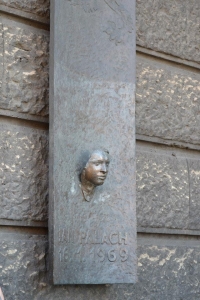 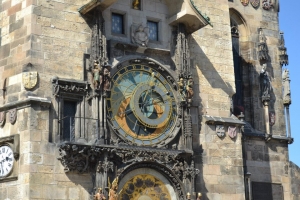 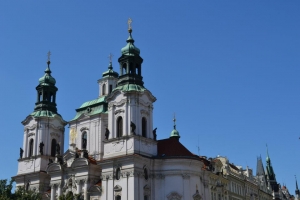 Today was the latest start we have had so far. We weren’t leaving Prague until 10! We watched Con Air on the bus and then Mitch and Carlos started juggling… it was really entertaining. Laura and I decided we wanted to learn… and I can definitely juggle better now than I could before! I am going to practice more when I get home though J. We watched Blood Diamond in the afternoon, but I fell asleep, so I definitely have to watch that sometime when I get home. We got to stay in a castle in the Rhine Valley! Everyone was pretty excited about it. We found out when we got there that there was a wine festival going on in the town just down the hill. After dinner we hung out a bit outside the castle… there was a rainbow too! It was awesome and I’m pretty sure I haven’t seen a rainbow in about 5 years, so that made it extra cool. The wine festival was quite good fun! It did start to rain though, so a lot of us headed back then. There were some fireworks as part of the festival, and I watched them for a bit out the window of the castle and went to bed kind of early because I figure that Amsterdam might be a little crazy – especially considering that it’s our last 2 nights together L… One of the girls was really loud when she came back though… which was a little annoying. I am definitely looking forward to sleeping in a room by myself after this trip! Off to Amsterdam tomorrow!