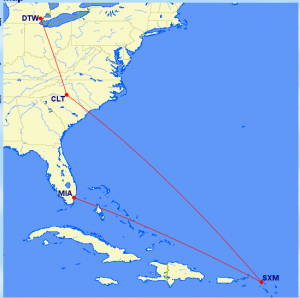 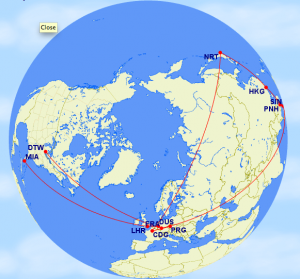 I have some pretty crazy travel coming up, mainly in December… but it all started because of a great deal that I booked for November. The Flight Deal is always publishing great deals, and a while back they posted a fare that was good for travel from New York – Europe – Asia, one-way. It worked to and from various cities in Europe, and to various cities in Asia. Once you were in Asia, you would have to find either another paid ticket home, or book a ticket with miles.

So, I don’t live in New York, but when we’re talking $150 ish to get from the US to Europe and on to Asia, it’s a no brainer for me to get myself to New York. Initially, I didn’t even care about the Asia part. $150 from the US to Europe, one-way, is a bargain in and of itself. The friend I was booking these flights with had to be in Asia in December anyway, so he asked if I minded if we flew from New York – Europe in November and then had the Europe – Asia segment be in December. I told him I didn’t really think I’d use the segment to Asia anyway, so he could do whatever he wanted.

Well, fast forward a few days, and I had a ticket from JFK to Milan, Italy (MXP) in November and from PRG – Tokyo, Japan (NRT) in December. I decided that I really didn’t want to let that ticket go to waste… So I started planning how I could make it all work out… and it got CRAZY (!!!!!!), especially since I already had a ticket booked to St. Maarten in mid-December, also note that by far, this is the most expensive part of the trip.

I was able to get everything to line up by booking another cheap ticket from Europe to the US and back in December. As it turns out, I have to throw away a segment from the first trip I booked, because I didn’t have enough time to make it all the way back to Michigan and still catch an early enough flight out to Europe. So, I’m just extending my layover in Miami in order to fly to Europe instead.

I didn’t have to be back to Michigan until mid-January, so that gave me some time to play around with in Asia. I’ve never been to Japan, so I wanted to stay there for a few days and I wanted to go back to Cambodia, the rest was up in the air. After doing some research I decided that the best way to fly from NRT to Phnom Penh (PNH) was through Hong Kong (HKG) booking with British Airways Avios. Since British Airways’ award chart is distance based and paid by the segment, I decided that if I had to fly though Hong Kong, I should definitely stop there for a few days.

The Singapore DO is usually planned for January, so I checked the dates of that, and realized that it lined up pretty well, so I started checking for availability home from Singapore to the US, and found some that worked out pretty well, though not perfectly, I wanted to be home 2 days earlier. I ended up booking the flight anyway, and can always change it for $50 if something opens up.

I still have a few things I have to book for my trip, however.

If you want to plan some awesome trips that are really cheap (considering how much you are doing/seeing anyway), here’s what you need to do.

Below is the CRAZY infographic I made of how all of these bookings, flights, and trips fit together. I have to say, I’m pretty impressed that I was able to make it all work. Also, note that flights here are not actually direct, in many cases. The bookings are listed in the order they were made. 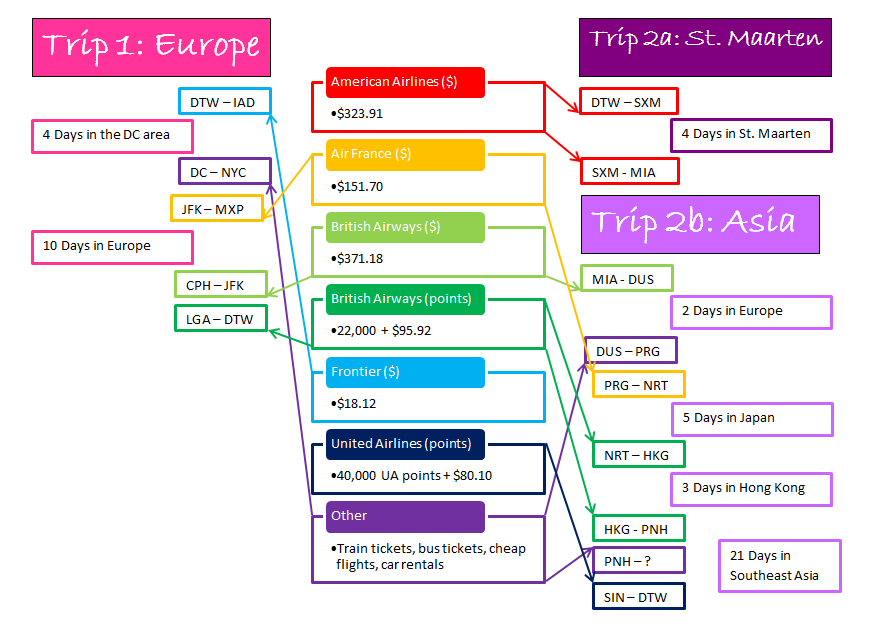