Today we went into Florence kind of early. We are staying a little bit outside of the city so we had to take the bus into town, so we left pretty early. When we got there we had a walking tour first that lasted about an hour. During the tour we saw a parade that was celebrating the renaissance, which was pretty cool. After the tour we went to a leather factory and learned how they make leather items (Florence is famous for their leather and gold) and how to tell is leather is genuine. After that Kelly and I walked to the Ponte Vecchio (old bridge – saved by Hitler actually during WWII I believe). There is a lot of [expensive] shopping on the bridge. After that we walked around some markets and did some shopping. I got a few gifts for people and also a [real] purple leather jacket!! I can see my mom rolling her eyes right now. BUT it was super on sale and totally worth it because I love it! Eventually we got lunch – pizza. Then we went to the duomo (biggest cathedral in the city) and wandered around some more. For dinner we had some vino and a Florentine Steak. It was SO good. Like you have no idea. I don’t think I’ve had a steak that good ever before. We met up with the group at a bar after and had a few drinks (Jaeger Bomb, Grappa, and Strawberry daiquiri) and headed back to the camp. We had a dance party on the bus on the way back, it was soooo much fun! Some of the people are leaving the tour in Rome, so when we got back a few of hung out for a while. Around midnight I went home because I had to take a shower and get up early to pack. I am writing this as we leave Florence and head to Roma!! 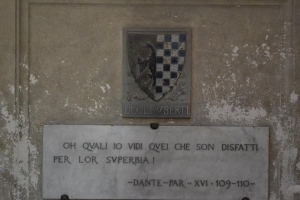 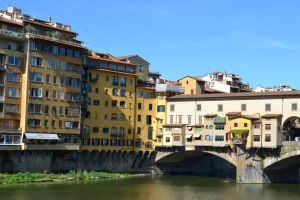 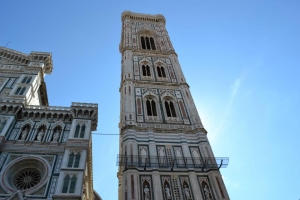 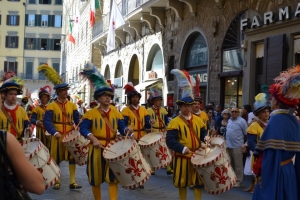 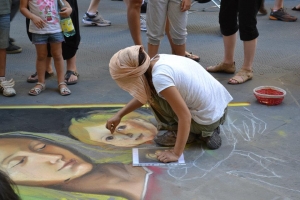 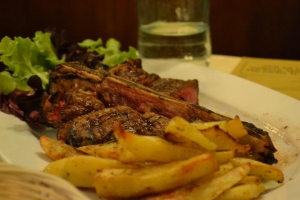 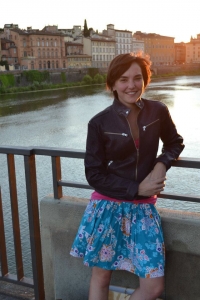 Day 8: Florence, Italy to Rome, Italy (with a stop in Orvieto)

Today was another drive day, but not as long as some of the others have been. We left Florence at about 8 am, and got to Orvieto around 10:30. It is this cute little hill-top town with some gorgeous views of the countryside. Orvieto is known for their wild boar paninis (aka porchetta), so we made sure to have one of those while we were there. They were super delicious. After our 2 or so hour stop in Ovrito we headed for Rome. I didn’t do much on the bus on the way, just listened to music and tried (and failed) to get a little sleep. When we got to Rome we had a walking tour of the city. It took us somewhere around 4 hours, including a stop for dinner. For dinner Laura, Laura, Emma, and I went to a restaurant outside the Pantheon. We had pizza and pasta, also delicious. After our tour we came to check into the campground. Our cabins at this place are way nicer than the ones in Florence were. After we moved our stuff in, we checked out the pool and hung out and talked for a while. Some of the people from the tour are leaving in Rome (and then more in Venice), so we went to the bar to say our goodbyes (even though they’ll be here for most of tomorrow still). It is kind of sad, but I know that I’ll see everyone again tomorrow at breakfast. Kelly and Emma are both leaving this leg of the tour, but they are both continuing to tour around Europe, and Kelly is planning to meet up with us in Amsterdam. Gotta get up early to head into Rome tomorrow! P.S. I never ever have lost my voice (all the way) before but I definitely somehow managed to, so here’s to hoping that it is at least a little bit back by tomorrow! 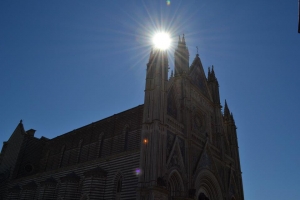 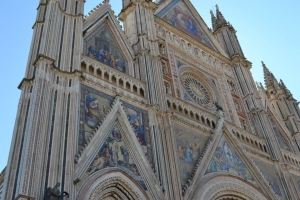 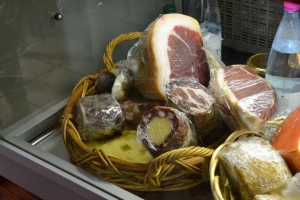 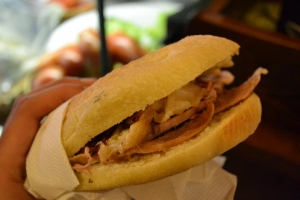 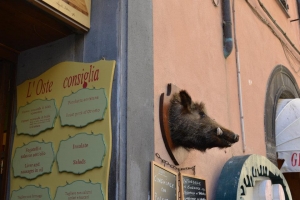 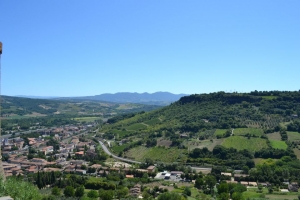 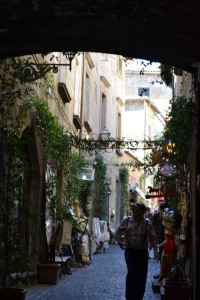