Today was a crazy day. We got up early so we could see as much as possible in our one day here. First we went to the Musée du Lourve. We were told by Carl, our tour leader, about a side entrance that is a lot faster to get into than the main one, so we were in just a few minutes after 9 am when they opened. Emma, Laura, Laura, and I booked it to the Mona Lisa, because we figured that would get crowded really quickly. After that we just wandered around the rest of the museum; we saw some of the Roman and Greek works and sculptures, and there was a temporary Egyptian exhibit that we saw on our way out. We left the museum after about 2 hours because it was starting to get reallyyyy crowded and we wanted to see a lot of other things. We stopped for a quick coffee and snack at a café. Next we headed to Notre-Dame. We didn’t go inside, even though it was free; the line was too long. The outside was beautiful though! We went to the opera house and got lunch at restaurant near there. We had the best table in the whole place – second floor and right by the window. We had a great view of the opera house from there. I had foie gras and a glass of red Côte-Du-Rhone. Next we went to the Arc de Triomphe. We climbed to the top; it was a spiral staircase for the majority of the way. We got a really nice view of Paris from there. Next we headed to the Eiffel Tower. We were planning on climbing that too, but the lines were too long and they wouldn’t let any more people buy tickets, so I’ll have to do that the next time I’m in Paris! We had an included dinner with the tour and then got ready to go to a cabaret show in the Latin Quarter! It was really fun and we all got half a bottle of wine with the show too. After that we went out to a bar, they didn’t charge an entrance fee, but you had to buy a drink when you got in and that was probably a little but much for me. We stayed there for a bit and then got a cab home. I went to bed pretty soon after we got home. We had to get up at 6:30 am today to leave for the Swiss Alps and I am currently sitting on the bus recapping yesterday. 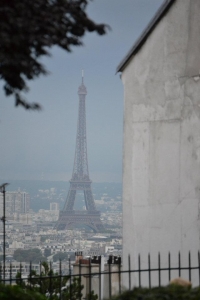 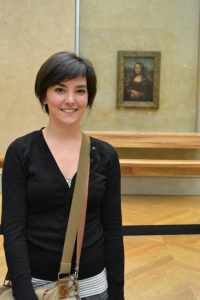 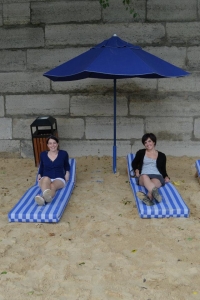 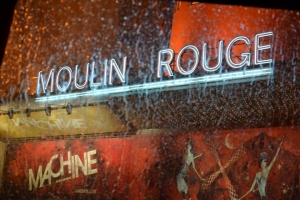 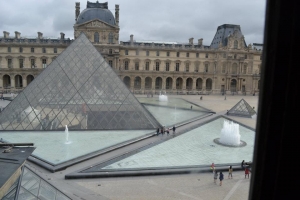 Today was mainly a drive day. We left Paris around 8 am. It was a 9 hour drive, but we stop every 2.5 hours or so. We got to Lauterbrunnen around 6 pm. We had the next 2 hours free. I went into town and got a few things from one of the locals. I got myself an engraved Swiss Army Knife, and I also found something for my sister (but I can’t post what it is on here or she might see!). We headed back to where we’re staying and sat around for a few before dinner at 8pm. We had chicken with a yummy mushroom sauce as the main part of the meal and an apple tart with berries and custard on top for dessert. After dinner a group of us headed towards one of the waterfalls in the valley (DID I MENTION IT’S GORGEOUS HERE?!) and walked up behind it. It was a little scary because it was dark and everything was uneven and kind of slippery and Kelly (=boy) kept trying to scare me, but totally worth it. I drank a little bit of the waterfall falling off of one of the rocks… why not? Haha. Afterwards Kelly and I were going to try to go to the waterfalls that are a little bit farther away, but the road got kind of curvy and we didn’t want to risk not being seen by a car, so I think we’re going to try to do that tomorrow afternoon. I am excited to go up to the top of the Jungfrau Mountain tomorrow, it’s the highest place you can go in Europe without having to climb. Hopefully the sky is clear for at least part of the day! 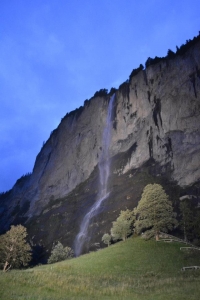 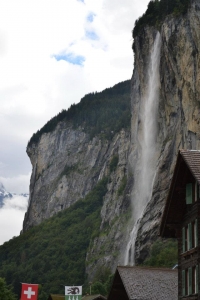