9 Girls Who Got Tattoos Inspired By Travel

Home/9 Girls Who Got Tattoos Inspired By Travel
Previous Next

9 Girls Who Got Tattoos Inspired By Travel

Regardless of your view on tattoos, it’s hard to deny the fact that there’s a huge number of us in our 20s and 30s that love tattoos. Since I have a tattoo that was inspired by my love of the mountains, I was curious how many others I could find with great stories about tattoos that were inspired by traveling or that were inked while traveling.

Here’s my little mountain inspired tattoo that I had done in August of last year. After living out in Colorado during last ski season, I really felt like I had found a home. I still travel a lot, and probably always will, but this is a way that I can have a little piece of the mountains with me regardless of where I am. 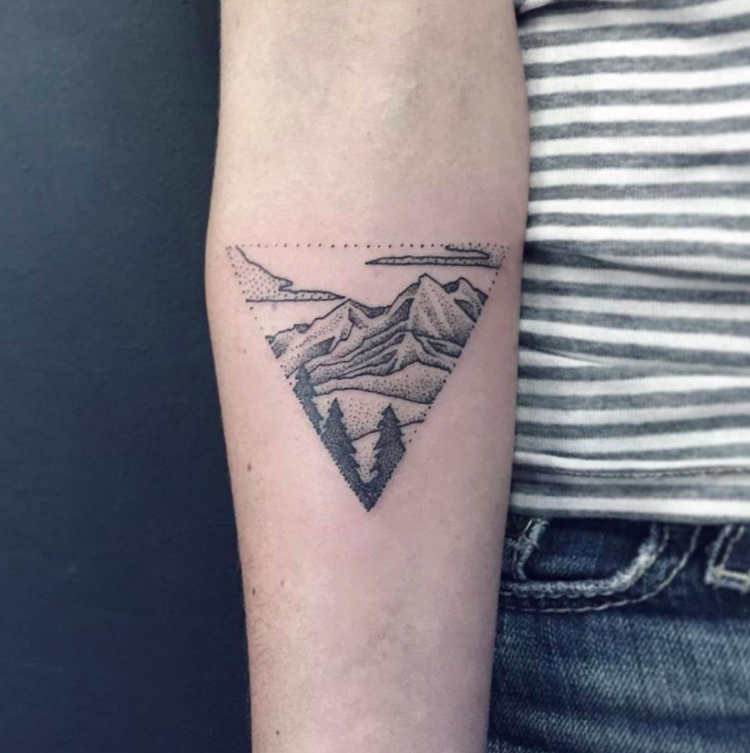 Anna Durst: Got this one in Cairns, it’s a part of all the travels. “If it’s important enough, you will find a way. If it’s not, you will find an excuse.” Anna’s Instagram 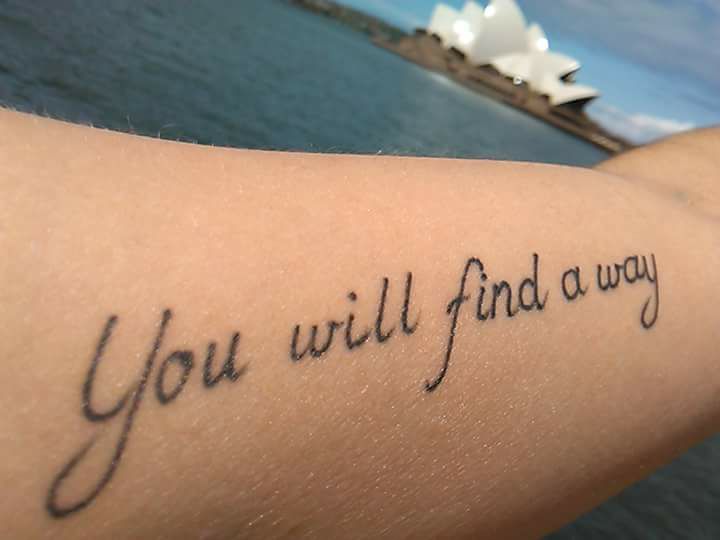 Samantha Alicia: I got this in Singapore, my grandfather was a fan of Odin and this is his symbol, known as the valknut – representing slain warriors. I got it at the most amazing shop, great friends of mine! Samantha’s Instagram 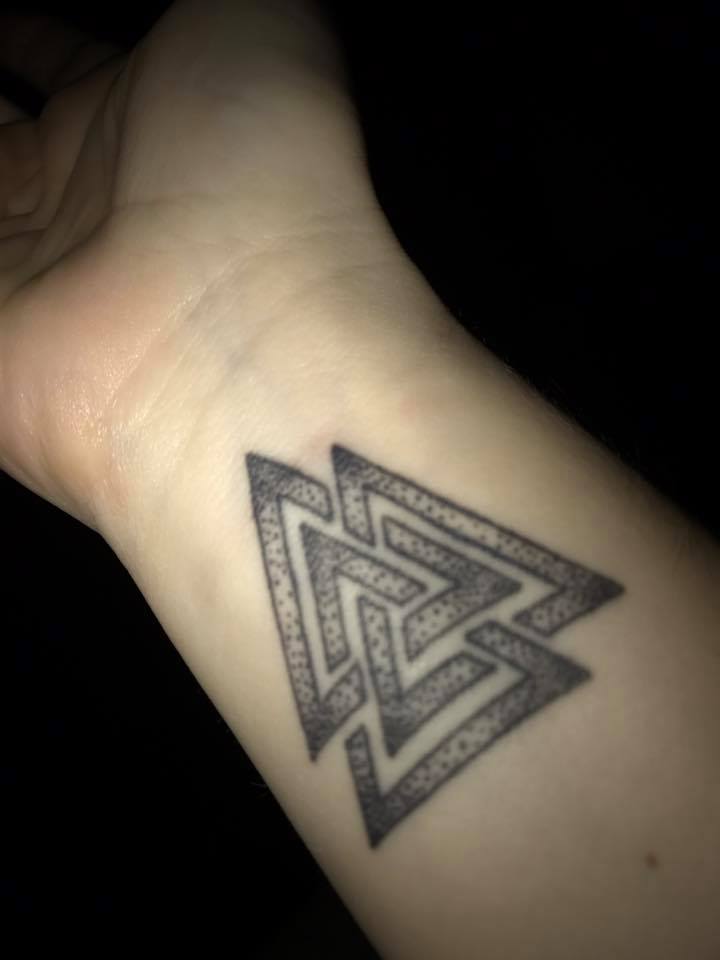 Kristen Adrianna Larsen: I studied in Florence for a while and for me it became like home so I ended up getting a giglio tattoo while there. You will find a symbol or something that makes you think of that place and those special memories and you’ll know it when you see it. 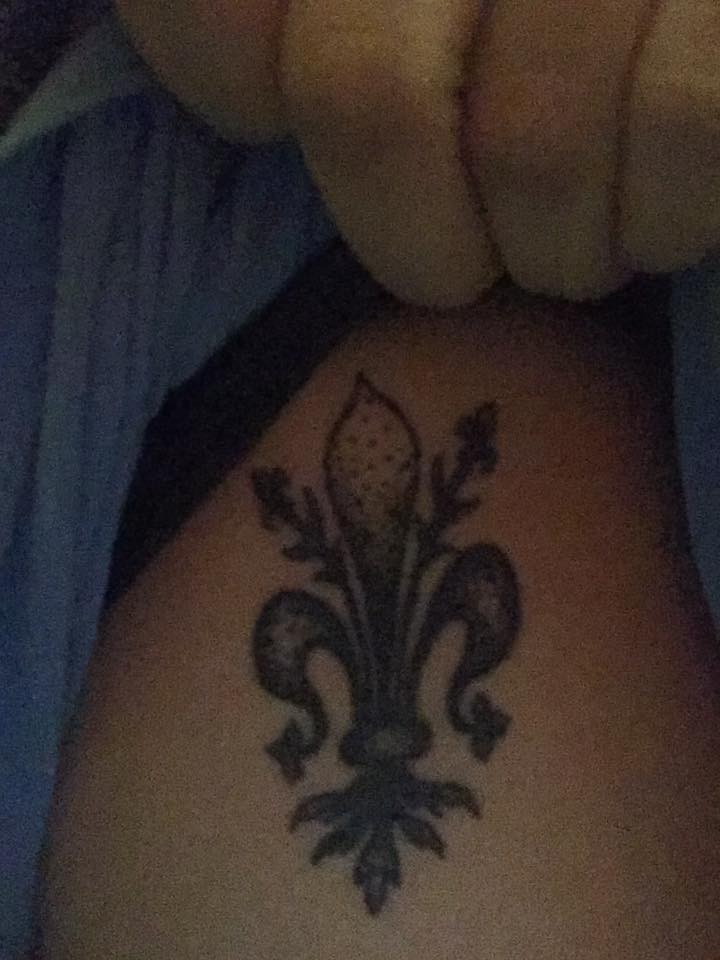 Kristin Templin: I have a city skyline one that combines my 3 favorite cities (Hong Kong, Auckland and New York) where I spent a combined 10 years of my life. I now live in Prague and may add to it. 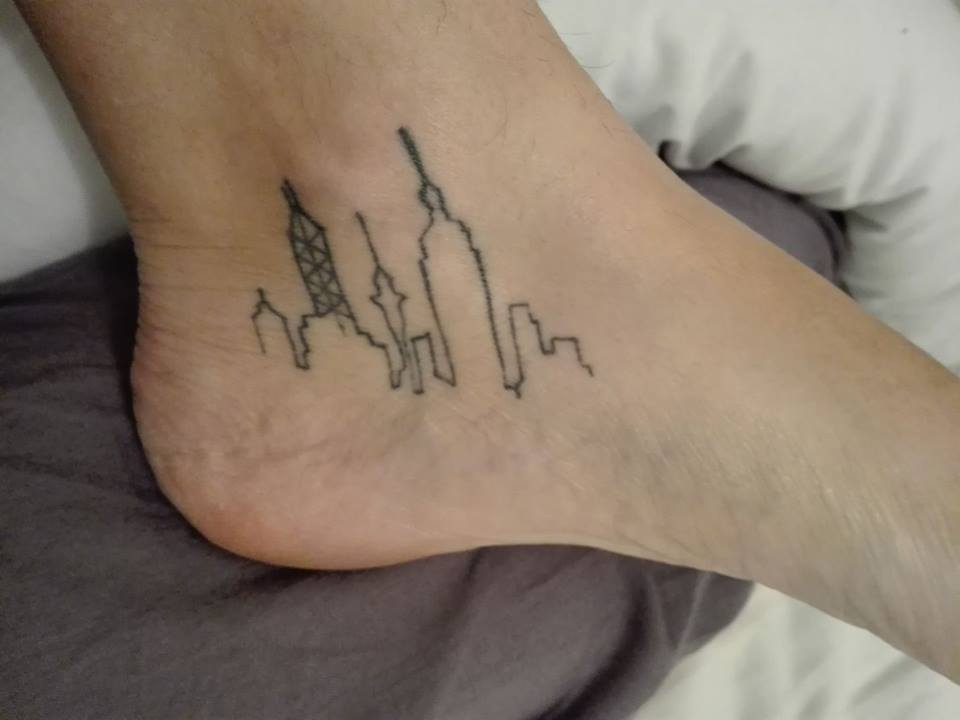 Becca Anne Robinson: The compass has the roman numerals “lxxv” above it, which is 75, for driving all of I-75. Becca’s Instagram 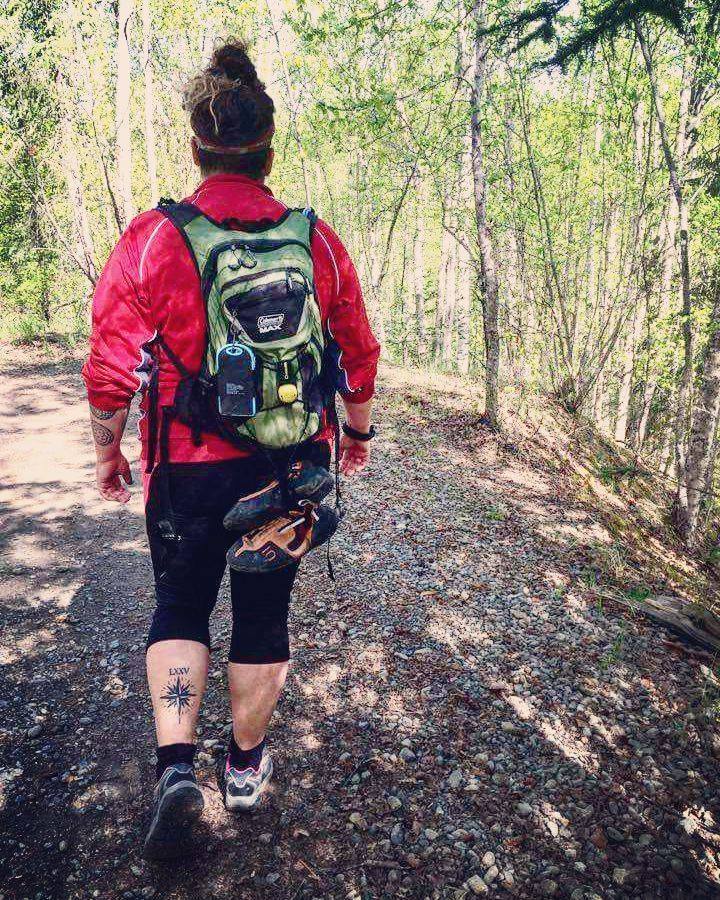 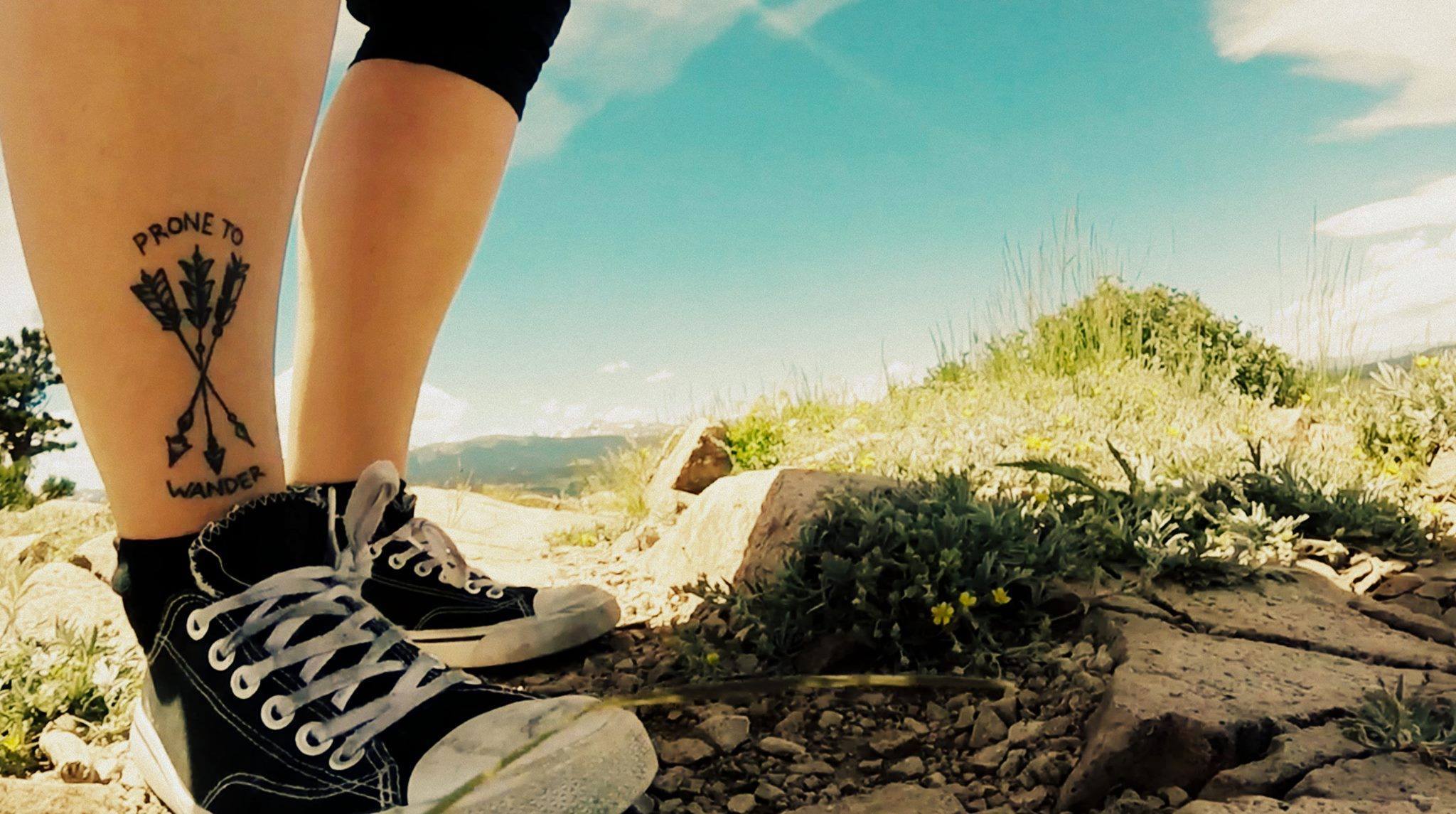 Lila Berryman: When I was in Thailand, I met a German woman who had a wrist tattoo of the world that I absolutely fell in love with. Fast forward a month and I was in Pai, on the day of the Lantern Festival, with nothing to do. So I asked the hostel owner where the best tattoo parlors were and went there, spoke with the tattoo artist and he’s like ‘when do you want it’ and I knew I’d wimp out if I waited so I was like ‘do you have time now?’ And he did, so an hour later I had my favorite traveling souvenir. That entire day was a rollercoaster, so much fun. And it was a traditional bamboo tattoo; the artist gave me the piece of bamboo to keep. 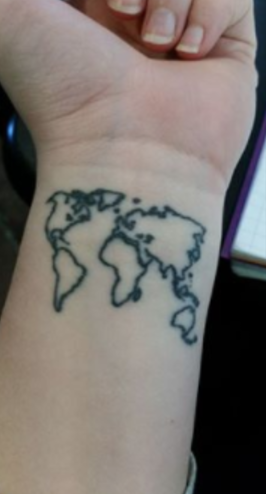 Melissa Vaughn: Just got this in India. I wanted something with both a simple henna pattern and spiritual. The symbol is an Om or aum. It has many meanings in several faiths here but generally symbolizes the beginning and endlessness of the universe. 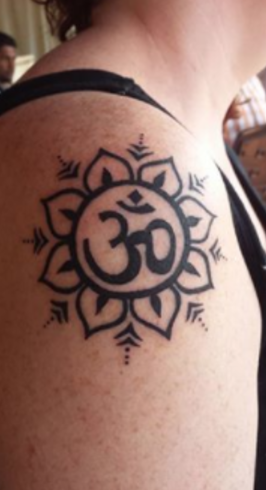 Marissa Carnahan: Misneach, pronounced (MISH-nyah) is Irish Gaelic for bravery, hopefulness, and exuding a positive spirit. For me, this tattoo symbolizes all of the trips I’ve taken around the world and the courage it takes to immerse yourself in new cultures. Marissa’s Instagram 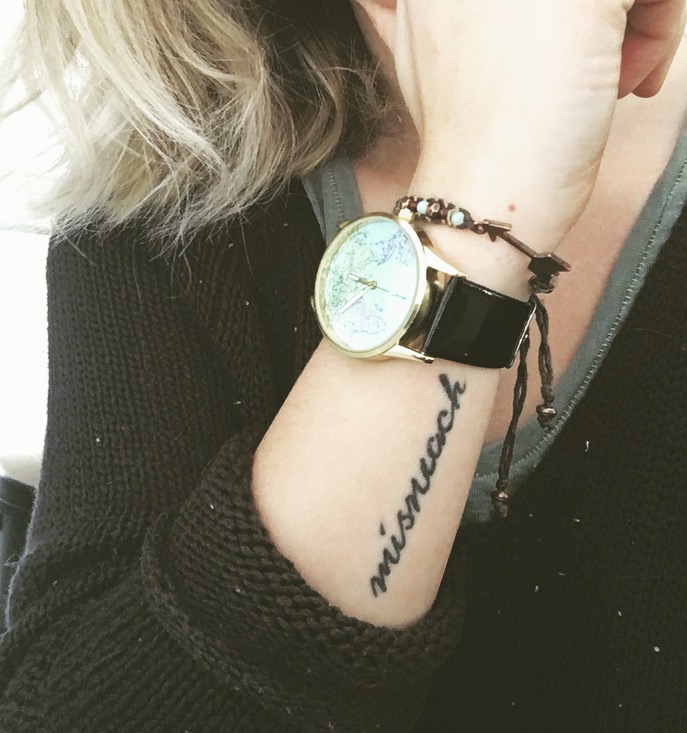 If you’re a girl who loves to travel, join the Girls LOVE Travel Facebook group!