The list of things to do and see in Luxor is pretty much endless… With limited time, choices have to be made. Here are my thoughts on the sites I saw over the course of two days in Luxor.

Valley of the Kings

As of now, there are 63 tombs that have been discovered in the Valley of the Kings. Not all tombs can be visited, and tickets for some tombs are sold separately, and there is also a “Three Tombs” ticket. Our tour guide at this point in time wasn’t the greatest, and I honestly didn’t even realize until just now that the “Three Tombs” ticket was good for any three tombs (except the ones requiring special tickets), and not a specific three tombs. So, after trying to remember what three tombs it was that we went to for a while… I realize that I can’t do it simply by looking at a map!

The Theban Mapping Project looks to be a pretty fantastic resource to help you decide what tombs you might want to see. 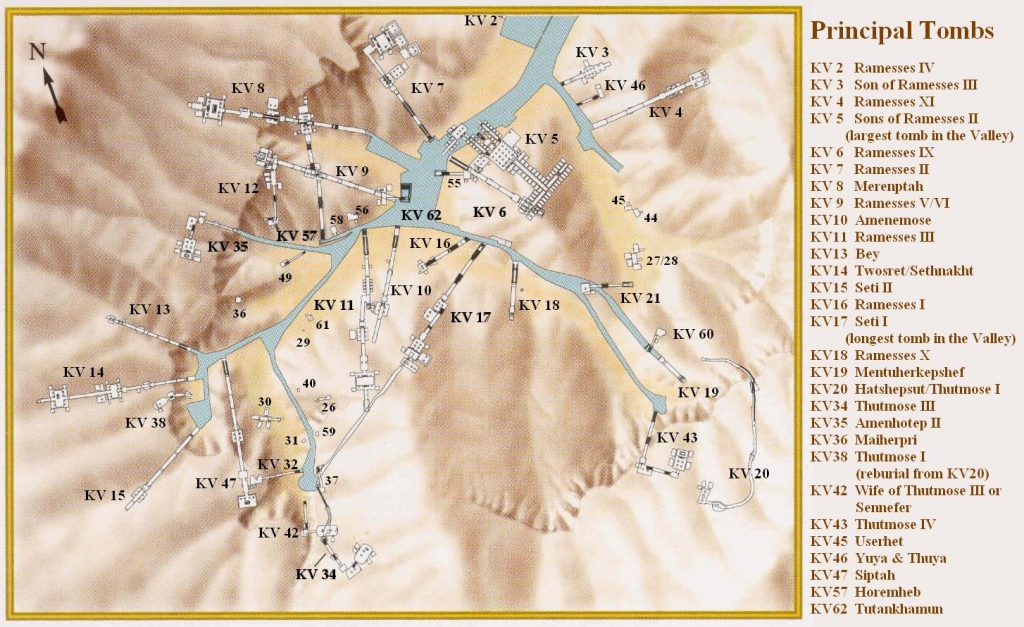 Tombs of the Nobles

The Tombs of Rekhmire and Sennefer were my favorite part of Luxor. They are just two of the 40 tombs in the Tombs of the Nobles. I found them to be absolutely stunning, and even though Egypt in general wasn’t too crowded, there was significantly less of a crowd at the Tombs of the Nobles. A full post will be coming in the future with photos from this trip, but here’s a teaser from Sennefer’s Tomb. 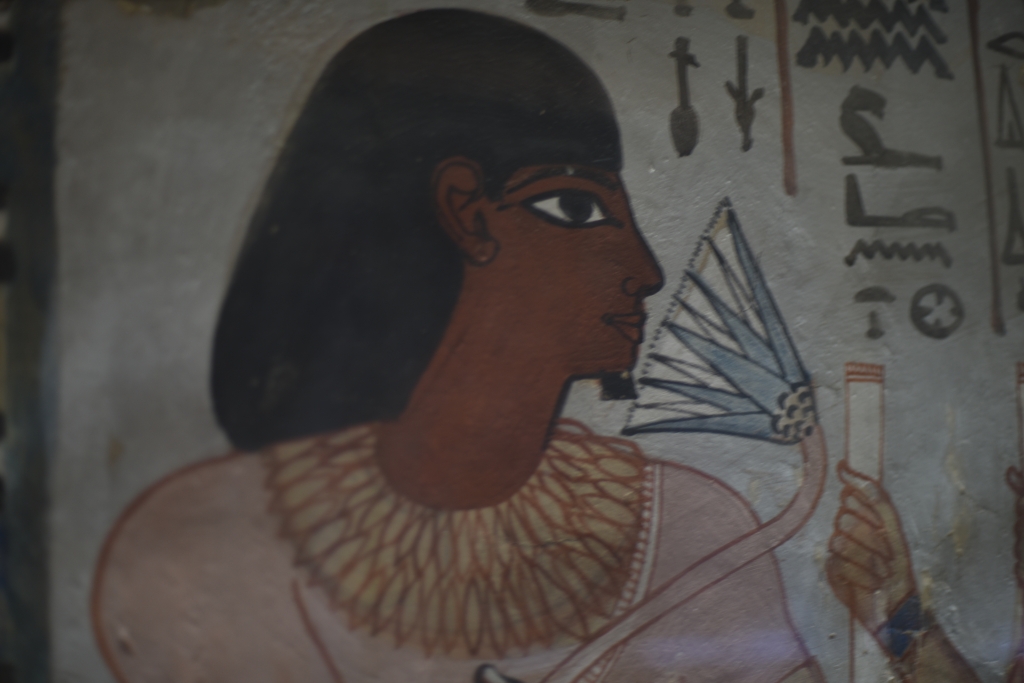 The Karnak Temple Complex is one of the largest religious complexes in the world. It’s pretty impressive. We spent the afternoon there, which was quite a hot part of the day to be outside. I would recommend spending either the morning or evening there. Stefan, of Rapid Travel Chai, specifically mentioned that visiting Karnak at dawn was wonderful, and he had practically the whole temple complex to himself. 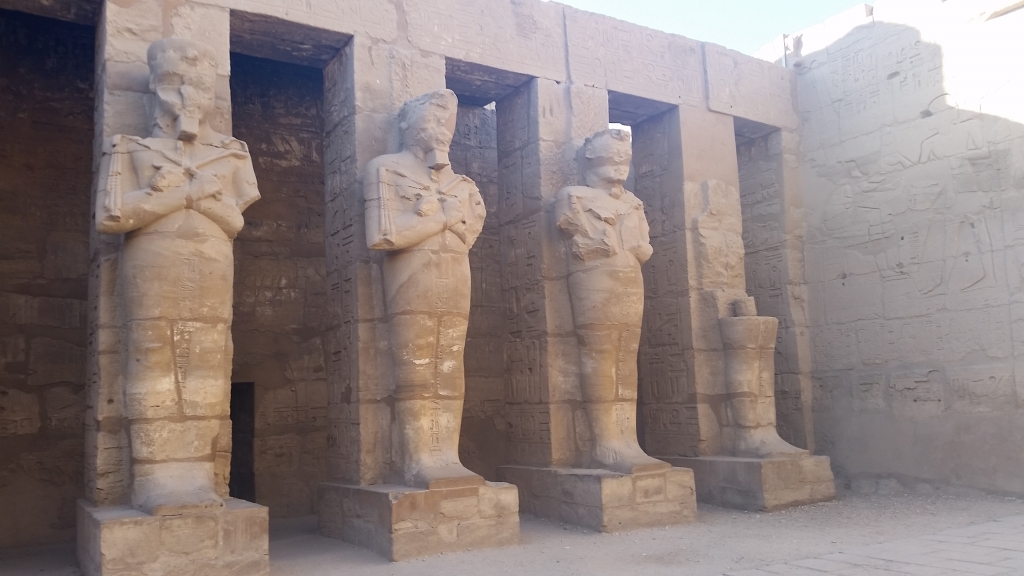 Luxor Temple is located right downtown on the East Bank of Luxor. It honestly made less of an impression on me, but it was the last activity of the first day there, and I think at that point I was pretty burnt out. It’s probably worth seeing if you really have the time for it, but in my opinion, there is so much to do in Luxor and I would put it towards the bottom of my list in retrospect. 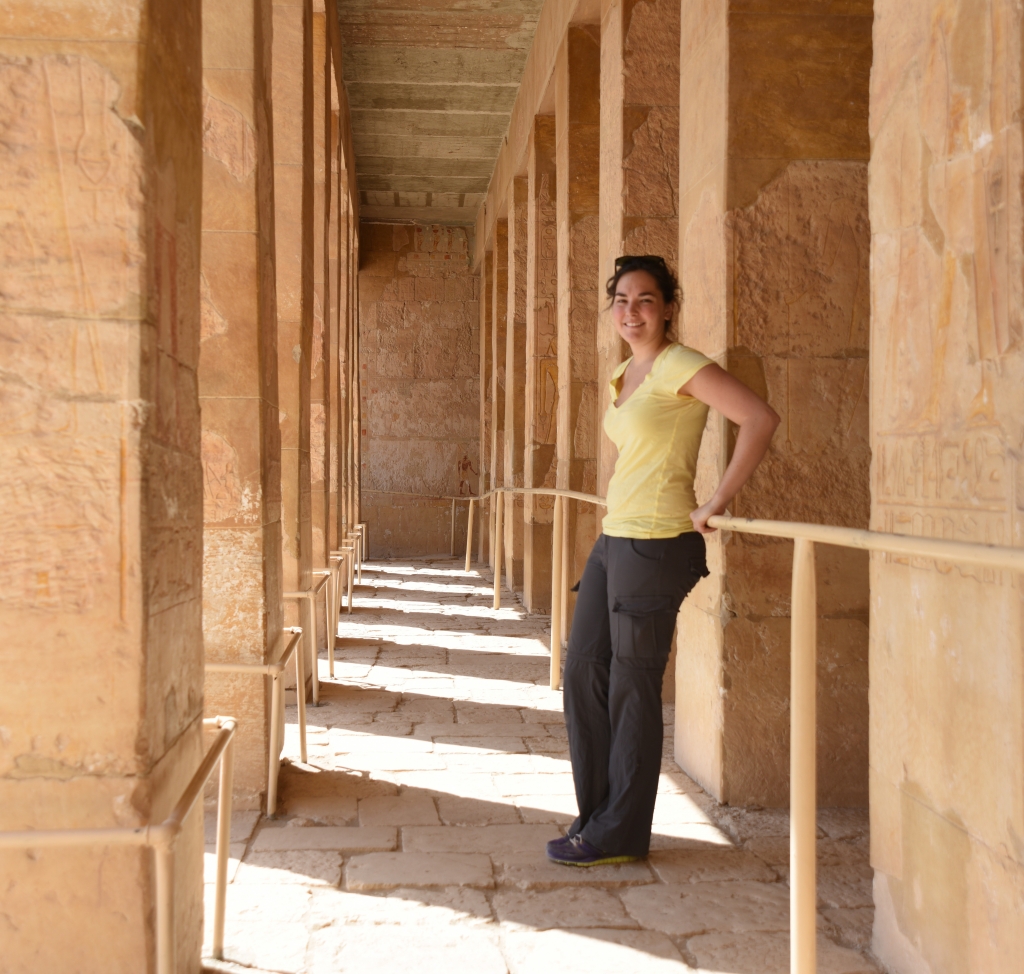 Deir el-Medina is a worker’s village in near proximity to the Valley of the Kings. Many of the artisans who worked on the tombs in the Valley of the Kings lived in this village. We visited two tombs here, and one of them was preserved so fantastically (I believe it was the tomb of Sennedjem). The artisan’s tombs are quite beautiful, since they were able to work on their own tombs on their days off.

I saw this symbol on one of the pieces of rubble that hasn’t yet been reconstructed, and I really like it, but I haven’t been able to figure out what it means! 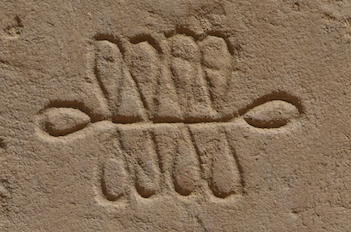 The more relaxing part of the day was taking a felucca ride. A felucca is an Egyptian-style sailboat. We went on the felucca up to “banana island,” which is not, in fact, an island. It is a place with a tiny banana orchard, a restaurant, and some exotic animals in cages. Overall pretty sad. I would recommend a felucca ride, but would not recommend a visit to banana “island.” 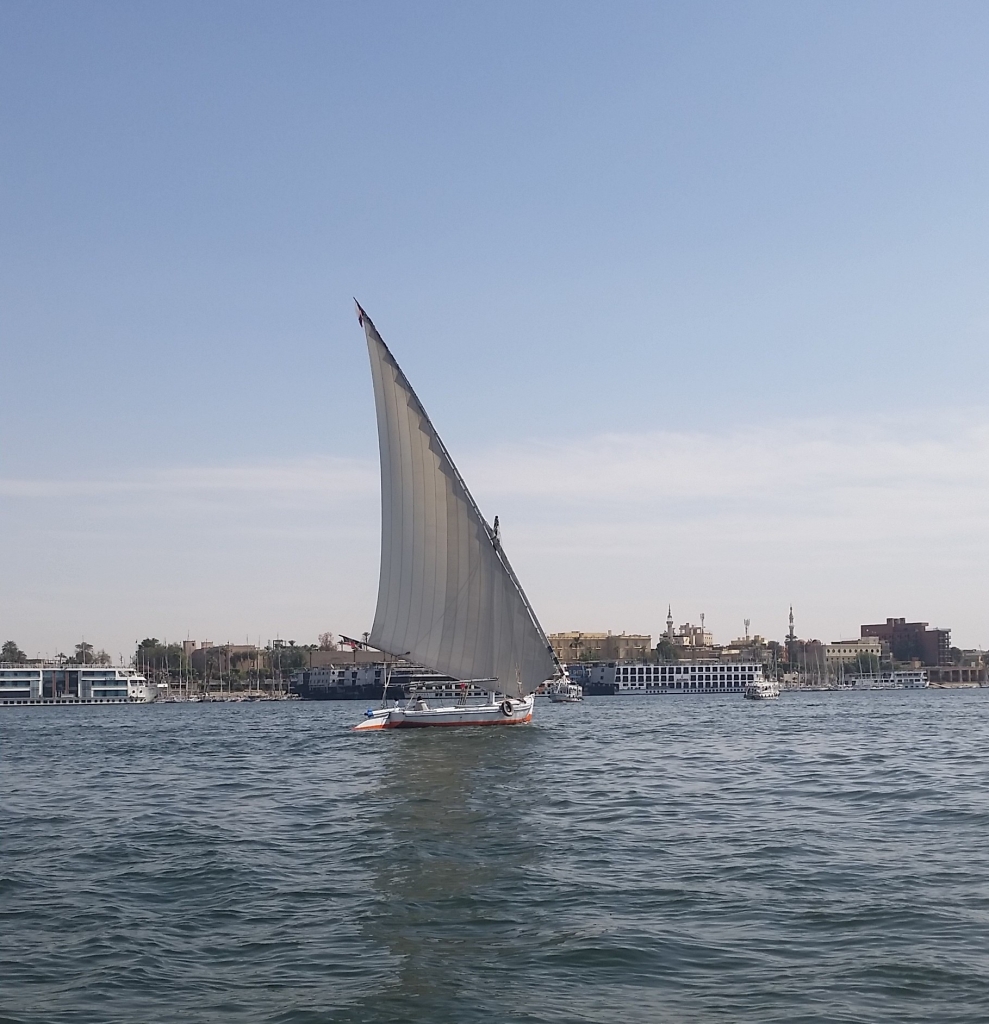 And here are a few other miscellaneous photos from Luxor. 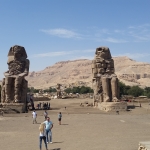 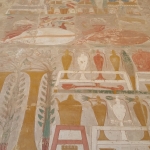 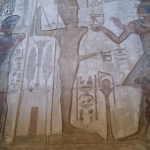 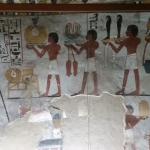 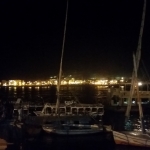 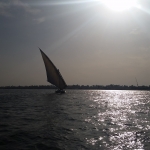 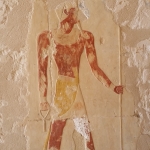 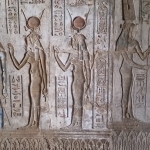