Another drive day, but not quite as long as most of them have been! We got to stop in Slovenia and see the Postojna Caves. They were really cool. It’s the biggest cave system in Europe (I think). We were only in Slovenia for about 2 hours, and then we headed to Venice. We watched Anchorman on the bus… well, I slept through Anchorman on the bus. When we got to Venice not a whole lot was going on. We had dinner – pasta. Tried to get on the internet, but it’s annoying here. It isn’t working at all, which was annoying because Maizey came home today! We are picking up new people here, and some are leaving. Laura is leaving, which is really sad. We are getting 1 girl from America (YAY I’m not the only one anymore!) and 4 boys. Laura and I were going to go to the toga party that was tonight, but we fell asleep on accident. Oh well, we probably needed the sleep!

Today was Laura’s last day…. Sad…. We went into Venice around 9 am. We had a walking tour led by Carl, and we might actually be in the next Topdeck commercial! …It turns out that we were in the commercial! You can see the part that I am in here, I wanted to post the whole thing as well, but I can’t find the link! The film crew was filming in the city today and we were in Piazza San Marco at the same time they were! It was pretty cool. After our tour we saw a lace demonstration, it was quite interesting. I got a few gifts there and a little tablecloth for myself. Afterwards Laura and Dave and I got lunch. We went to this cute little place. I had some sort of steak in some sort of sauce. After Laura and I walked around and finished up most of our gift shopping. That felt like a good job done because I kind of feel like I’m running out of time – which I suppose I am. I can’t believe that I’ll be back in the US in about a week; it doesn’t feel like I’ve been here that long already. Laura and I started heading back to the bus with plenty of time to spare, but we were a little off of the beaten track so there weren’t many signs to the Piazza Le Roma, which is where we had to catch the People Mover (a train) from. We asked a few people for directions, but Europeans seem to be quite bad at giving decent directions; it’s not the first time we have had that problem. We got off the People Mover and literally flew down the stairs because the bus was pulling away right as the train was pulling up. Luckily the bus driver saw us and waited for a few more seconds. When we got back to camp we got on the internet for a bit; it was actually semi-working today. I went back to the room and just chilled out a bit before dinner. For dinner we had some sort of chicken thing, it was pretty good. After dinner Laura and I worked at finishing up some of the alcohol we had and went over to the bar. A live band was playing so that was pretty cool. They were decent. We stayed out quite late because it was Laura’s last night, but it was a lot of fun. And besides, tomorrow is a drive day (mostly) so I’ll have time to rest on the bus. Can’t wait to see Laura again in Amsterdam!! 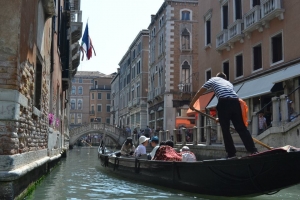 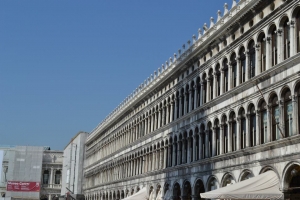 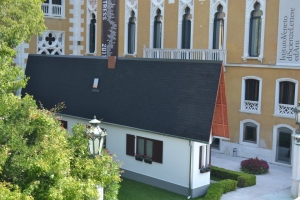 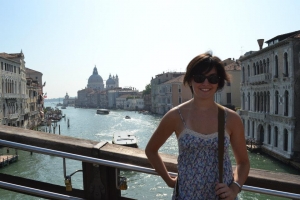 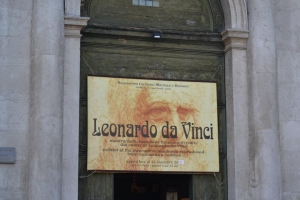 Today was another drive day, but quite short compared with most of our drive days. We left Venice at 8 am and we were in Tyrol by 3 pm. There were a lot of optional activities for today: paragliding, canyon jumping, and skydiving. It was possible to do 2, if we wanted. I did canyon jumping today. Canyon jumping doesn’t however actually involve a whole lot of jumping. We were all dressed up in wetsuits and helmets and such, we repelled down a few waterfalls, slid down some rocks into pools of water, and jumped off a few (small – 1 m was the largest) rocks into pools of water. After that actual canyon part of the canyoning, we went to a larger pool with higher rocks to jump off of, the highest one was about 7.5 m (~ 25 ft). When we got back to the hostel we had dinner and went for a walk. There was a group of 6 of us that went for a walk together and we made sure to find some apple streusel (I’m not entirely sure I spelled that correctly…). Is was sooo good! There was a warm vanilla sauce that went with it. We headed back to the hostel after and made what should have been about a 15 minute walk be about a 40 minute walk by being creative with our directions, but it was good fun! 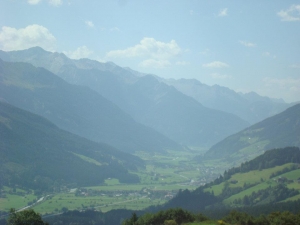 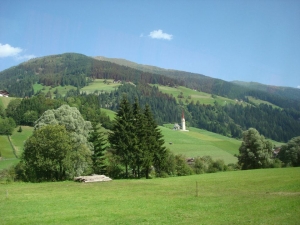 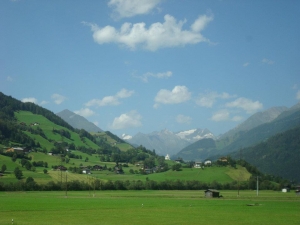