Not like any trip I’ve taken before – Part 2: Boxing up a bike to check on the plane

Home/Not like any trip I’ve taken before – Part 2: Boxing up a bike to check on the plane
Previous Next

Not like any trip I’ve taken before – Part 2: Boxing up a bike to check on the plane

This is a three part series on the logistics of embarking on a cross country bike ride, from a city that you don’t live in.

Part 2: Boxing up a bike to check on the plane.

Part 3: The logistics of a bike at the airport.

I have to get both myself and my bike down to Baltimore, and I determined that flying with my bike made the most sense for me. It was about twice the cost of shipping, but still reasonable (bike fee on Southwest is $75), but that meant that I could be training right up until the day I left, whereas if I shipped I would have had to do that last week.

I saved the box that my bike came in because I knew that I would have to get it to Baltimore somehow, so packing really wasn’t that big of a deal. 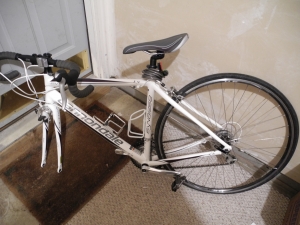 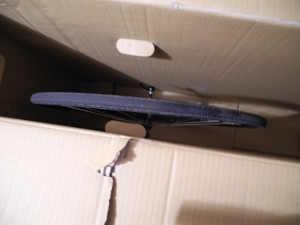 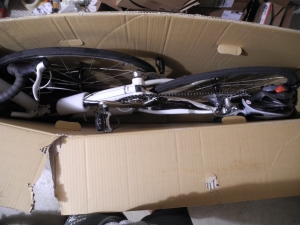 Ideally, I would have also removed the pedals from my bike, but I didn’t have the correct size allen key or a pedal tool, so I just left them on. This created a slight bulge in the side of the box, but not so bad that I was worried about the box integrity. If I had been doing this more than 8 hours before I was supposed to leave, I definitely would have gone out and bought the correct size allen key though!